The stories of Abraham, Isaac, and Jacob hold truths for our lives today. Abraham was the beginning, the foundation, and the starting point of faith in his family. He was known for the altars he would build to give sacrifices and to pray. God would speak to him there. Isaac was the promised son that Abraham had been waiting for. Isaac was the recipient of the inheritance, but at some point, just like you and me, he had to make the faith of his father his own. He had to believe it for himself. Jacob is two generations removed from Abraham and needed even more than his father Isaac. He heard the stories and even believed, but it didn’t affect his character—only an encounter with the living God could change that, and that’s exactly what happened. We all need an Abraham altar of prayer, an Isaac well of the old living water, and a Jacob encounter.

1. Sacrifice. Abraham offered his son Isaac out of obedience to the Lord’s command. If you desire to walk in all the Lord has for you, you will have to build an altar. Abraham built seven in his life. Prayer is what you do at that altar. A religion that costs you nothing will bring you nothing in return. It costs you something to live for Jesus. Sacrifice is a part of the life of a believer.

2. Cleansing. Abraham knew his sin could short-circuit God’s plan for his life. Sometimes, you need to check in with the Lord and ask Him how you are doing. Are you clean? Are you walking in purity?

3. Unity. In the early church, there weren’t all these denominations we have today. We need unity in the church and in our families. There is one God and one Son and only one name given under heaven to be saved.

4. Prayer. Take time to seek the face of God. True revivals always begin at an altar of prayer.

Abraham was known by the altars He built, the sacrifices he made, and the faith that he had. He was a man of prayer and sacrifice, and he established the foundation of a nation.

Isaac was the recipient of an inheritance. He benefited from the previous generation. But at some point he realized (after the Philistines plugged up his inherited wells) that he had to dig his own wells. When you dig new wells that connect you to the world, those wells will dry up, and that’s what happened to Isaac. But when he tapped into the deeper water, the ancient well, he tapped into a well that would sustain life. There is ALWAYS a well of living water, but you will have to dig your own well of belief. There are no family names in the book of life; only individual names. At some point, the faith of our fathers will not sustain or save you. You have to make your own decision about whom you will follow.

Jacob’s name means deceiver. He took shortcuts to every blessing. He was a trickster. His father made a critical mistake when he gave Jacob the blessing because he trusted the hairy arm he physically felt as opposed to the discernment he felt when he heard the voice of Jacob. You cannot allow your feelings to take you in a different direction than what you hear the Word say. You can’t trust your feelings, but you can trust the Word.

Jacob eventually found his place of breaking where his tricks could not work. It was at THAT place he desired what his grandfather and his father had experienced—an encounter with God.

1. Sometimes you have to hold on to God longer than your flesh wants to if you’re going to get an answer from the throne.

2. Victory came by a touch. Sometimes it is crippling … a breaking touch. But out of the breaking comes a blessing.

3. You will never walk the same after the breaking, or encounter. Sometimes you have to lose in the physical realm to advance in the spiritual realm.

4. Sometimes the victory is in the defeat.

You can’t avoid the encounter and get to God’s perfect will for your life. There must be an Abraham altar, an Isaac well, and a Jacob encounter. Are you willing to ask for that? Come to the altar of Abraham. Come to the well, your own well of Isaac. Come to the encounter of Jacob and receive the family blessing.

Connection Questions about 3 years ago

Teaching about 3 years ago How to Finish Stronger Than You Started 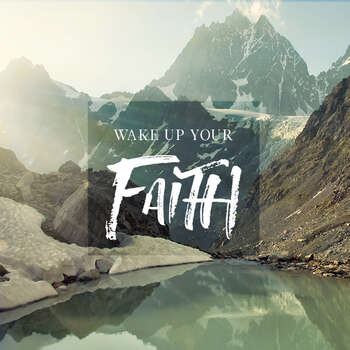