“Did not our heart burn within us while He talked with us?”  Lk 24:32 NKJV After the resurrection Jesus met two of His disciples who’d seen Him crucified and didn’t know He’d been raised from the dead. Then later as He ate supper with them at their house, an interesting thing happened: “Their eyes were opened…they knew Him… and they said to one another, ‘Did not our heart burn within us while He talked with us on the road, and while He opened the Scriptures to us?’” (vv. 31-32 NKJV). This story has much to teach us about keeping the fire of love and devotion to Christ burning in our hearts. As you walk with Jesus and spend time in His presence, He talks to you and reveals Himself through the Scriptures. We all know that to keep a fire burning you must tend it, stoke it, and keep fueling it. Why do some of us go on to higher heights and deeper depths in our walk with God, while others seem to go around in circles without getting anywhere? Because one group commits itself to pursuing God until His presence becomes a daily reality in their lives, while the other group doesn’t. It’s that simple. The question is, which group are you in? If you’re lukewarm and half-hearted in your walk with God, today He is saying to you, “Return to Me…and I will return to you” (Zec 1:3 NKJV). Or in layman’s terms: “Turn around and come back. You’ll find Me where you left Me.” So the word for you today is: Keep the fire burning. 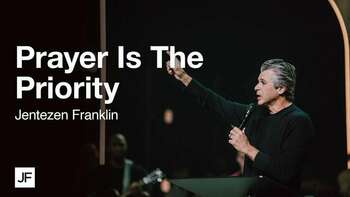 Prayer is the Priority 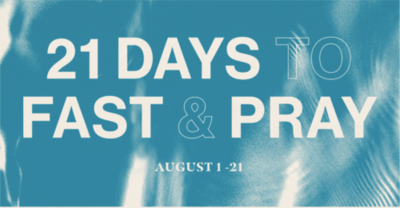