You belong to God

“Fear not, for I have redeemed you…You are Mine.”  Isa 43:1 NKJV When God redeems you, He owns you. And what He owns, He protects! This is illustrated in the story of Belshazzar. The Bible says: “King Belshazzar held a great feast for his one thousand nobles…heady with the wine, [he] ordered that the gold and silver chalices his father Nebuchadnezzar had stolen from God’s Temple of Jerusalem be brought in so that he and his nobles, his wives and concubines, could drink from them” (Da 5:1-2 TM). Now, if they’d just abused some worthless old cup it might not have mattered, but God valued these sacred vessels too much to let them be mishandled. So out of the invisible sleeve of the night, the finger of God wrote the fate of Belshazzar on his palace walls. “That same night…Belshazzar was murdered…Darius the Mede succeeded him” (vv. 30-31 TM). As a redeemed child of God, here’s an unchanging principle you can stand on: “He permitted no man to do them wrong…saying, ‘Do not touch My anointed ones’” (1Ch 16:21-22 NKJV). You may have to fight on foreign soil, work at home in a difficult situation, or endure hardship for your faith. But you can be sure of one thing—God has too much invested in you to let you be destroyed. And any time Satan tries, God will interrupt his party and say, “This vessel is off limits—it took Me too long to teach this woman to pray…I’ve invested too many years training this man how to overcome…They’ve endured too much for My name’s sake for Me to let you harm them. Take your hands off them; they’re Mine!” 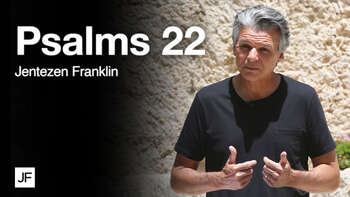 The beauty of the breastplate (3)

The beauty of the breastplate (2)

The beauty of the breastplate (1)

Broadcast about 1 month ago