What it means to really love

“Love cares more for others than for self.”

Some of the greatest insights on what it means to love someone come from the pen of the apostle Paul: “No matter what I say, what I believe, and what I do, I’m bankrupt without love. Love never gives up. Love cares more for others than for self. Love doesn’t want what it doesn’t have. Love doesn’t strut, doesn’t have a swelled head, doesn’t force itself on others, isn’t always ‘me first,’ doesn’t fly off the handle, doesn’t keep score of the sins of others, doesn’t revel when others grovel, takes pleasure in the flowering of truth, puts up with anything, trusts God always, always looks for the best, never looks back, but keeps going to the end. Love never dies” (vv. 3-8 TM). John had been married to Mary for fifty years. One night in bed she said, “When we were young you used to hold my hand.” A little irritated, he slowly reaches out his hand. “When we were young you used to snuggle up to me,” Mary said. Even more slowly, John’s body creaks and turns, nestling against hers. “When we were young you used to nibble on my ear,” she whispered. Abruptly he throws back the covers and jumps out of bed. Bewildered, Mary asks, “Where are you going?” “To get my teeth!” he grumbles. To nibble on an ear when you’re full of romance and bubbling hormones is one thing. To nibble on that same ear years later when it holds a hearing aid, when the scent in the air is Vicks VapoRub, and when you have to get up to get your teeth—that’s love! 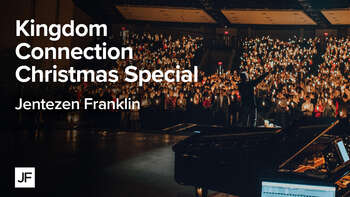 How to Honor Your Mother

Connection Questions about 2 years ago

"Thank You" from Haiti

Answering the Call to Comfort Israel