Lessons from the life of David (3)

“They mobilized all their forces.”  2Sa 5:17 NLT Paul writes, “Fight the good fight of faith” (1Ti 6:12). Some of God’s promises have to be fought for. The Jebusites who controlled Jerusalem told David, “You’ll never get in here!” (2Sa 5:6 NLT). So expect resistance to your vision, especially when there’s no evidence yet to validate it. To make matters worse, Jerusalem was hundreds of feet above David’s army and the only way up was through a water cistern, which meant wading through muck. “Nevertheless David took the stronghold of Zion” (v. 7 NKJV). Understand this: If He has to, God will bring you up through the gutter to get you to the throne. Note the word nevertheless. When you’re up to your neck in problems and the Enemy is saying you won’t make it, stand on God’s promises and declare, “Nevertheless.” Rise up in faith and claim what God has promised you. “The people who know their God shall be strong, and carry out great exploits” (Da 11:32 NKJV). God can show you how to exploit the circumstances for your good and His glory. But don’t expect everybody to be helpful. “When the Philistines heard…David had been anointed king of Israel, they mobilized all their forces to capture him.” You’ll have to fight to get to your destiny, and fight to hold it. And with each new battle you’ll have to turn to God for fresh instructions. “David asked the Lord, ‘Should I go out to fight the Philistines? Will you hand them over to me?’ The Lord replied… ‘Yes, go ahead. I will certainly hand them over to you” (2Sa 5:19 NLT). Today move forward knowing that God is with you. 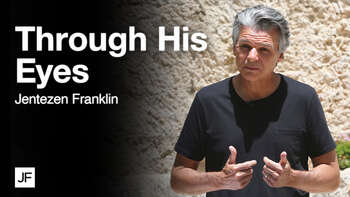 Lessons from the life of David (5)

Lessons from the life of David (4)