God Won’t Let You Off the Hook

“Your faith in God has become known everywhere…how you turned…from idols to serve…God.” 1Th 1:8-9 NIV

Jack Eckerd, founder of the Eckerd drugstore chain, which was the second-largest drug chain in America at the time, became friends with Chuck Colson, founder of Prison Fellowship. He introduced Colson to various influential groups in Florida in an effort to bring about change in the state’s prison system. During their travels together, Chuck had an opportunity to share with Jack his new-found faith in Jesus Christ. He gave some books to Jack, including his own, and eventually prayed with him to become a Christian. Shortly after, Jack happened to be walking down the magazine aisle in one of his stores when he noticed two pornographic magazines on the rack. The presence of the magazines had never bothered him before, but now it did! Jack called the president of his company and told him, “Take those magazines out of my stores.” The president argued, “But we make a profit of three million dollars a year on those magazines.” Jack insisted, “Take ‘em out.” And so it was that all such magazines were removed from his seventeen hundred drugstores in one day. When Chuck Colson asked Jack about his decision, he replied, “Why else would I give away three million dollars? The Lord wouldn’t let me off the hook.” And when you are committed to following Christ and living by the principles of Scripture, God won’t let you off the hook either. So let it be said of you, what Paul said of the believers in Thessalonica: “Your faith…has become known everywhere…how you turned…from idols to serve…God.” 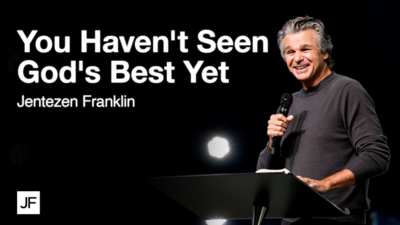