What’s weighing you down?

On a recent radio broadcast, Dennis Rainey talked about Double Eagle II, the first hot air balloon to cross the Atlantic Ocean. The men piloting the magnificent craft caught an air corridor that carried them all the way across the Atlantic. But when they were just off the coast of Ireland, they flew into heavy cloud cover and ice began to form on the balloon’s outer shell. They lost altitude, dropping from twenty thousand to ten thousand feet in a matter of hours. They did everything they could to save the balloon. They threw out video cameras, food rations, and even a glider with which they had planned to land. At about four thousand feet they transmitted their location and then threw the radio overboard. Finally, at three thousand feet they broke through into sunlight. The ice came off in sheets, and the great balloon soared all the way into France. The Bible says that in order to run and win your life’s race, you must “lay aside every weight, and the sin which so easily ensnares.” And it’s a lot easier to identify the sin you need to drop than the weight you need to drop. Why? Because often the weight is legitimate, and includes responsibilities, pressures, obligations, schedules, and entanglements. Today you need to stop and take an inventory of what you’re carrying. You need to face each thing squarely and ask yourself, “Did God give me this to carry, did someone else give it to me, or did I decide on my own to pick it up?” Whatever is weighing you down today—lay it aside!

Keep praying for your “problem child”

Selah: “Pause and calmly think about it” 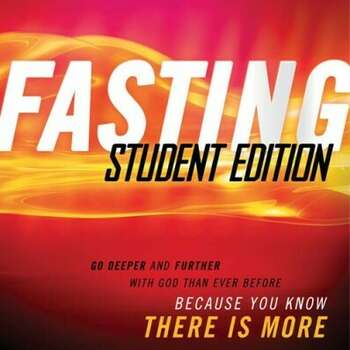