Use what God has given you

“She has done what she could.”  Mk 14:8 NKJV Jesus paid one of His greatest compliments to a woman of the streets who poured costly ointment from an alabaster box onto His head: “She has done what she could.” God requires no more of us, and is worthy of no less. One night in 1837, a woman called Florence heard the voice of God telling her she’d a special mission in life. Nine years later that mission began to take shape when a friend sent her information about an institution in Germany that trained deaconesses, so she went there and learned to care for the sick. In 1853 she became superintendent of a women’s hospital in London. When the Crimean War broke out in 1854 she volunteered to take care of British soldiers, and went to Constantinople. Once in Turkey, she was put in charge of nursing at a military hospital. It was a male-dominated society and the doctors were hostile toward her. The hospital was deplorably filthy, so she dug in her heels and began caring for her patients, at first using the provisions she brought with her and then undertaking a correspondence campaign to resupply the hospital. She spent hours each day in the wards, touching virtually every wounded soldier who entered it. The comfort she gave them on her night rounds earned her the nickname “the lady with the lamp.” Who was she? Florence Nightingale. One of her most famous sayings was, “I never made an excuse, or accepted an excuse.” So instead of focusing on the talents and resources you don’t have, use what God has given you. 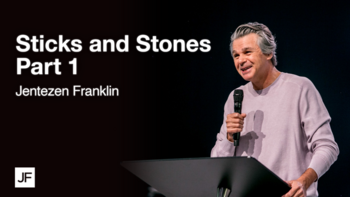 Broadcast about 3 hours ago