The truth about marriage (2)

“Love can’t be bought, love can’t be sold—it’s not to be found in the marketplace.”  SS 8:7 TM The truth about Mr. and Mrs. Right: Many who excel in their careers struggle when it comes to meeting people in a social setting. This has given rise to the twenty-first century phenomenon of finding a mate through the Internet. Today, in the western world, two out of five marriages begin that way. Generally speaking, dating services profile people based on their age, looks, values, tastes, ambitions, and preferences, and help them get together for a date. Well, guess what? The divorce rate is just as high among couples who met via the Internet as those who did it the old-fashioned way. How come? Because “love can’t be bought, love can’t be sold—it’s not to be found in the marketplace.” And when the bubble bursts, three things happen: (1) We cry, manipulate, or pressure our mate. And when that doesn’t work we blame them for changing and making us miserable. “He’s not the man I thought he was.” Maybe not, but he’s the one you married—and, with some exceptions, the problem isn’t all his. (2) We conclude that Mr. and Mrs. Right are Mr. and Mrs. Wrong. So we start searching for the right one, or give up on the opposite sex as being false, faithless, and fickle. (3) We realize that lasting happiness can only be found in one Person—God. So instead of trying to find the right person, we decide to become the right person; the one God created us to be…giving generously, allowing others to be real, limited, changeable human beings, and looking to God for our joy.

You represent your Father 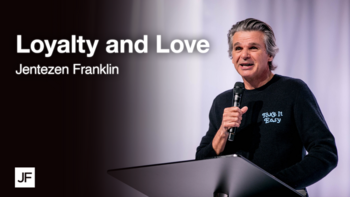 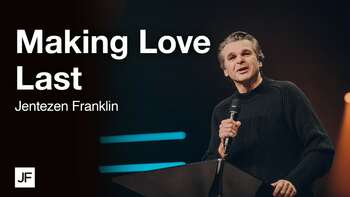 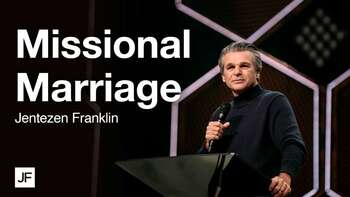