“And a book of remembrance was written.”  Mal 3:16 Is it possible that when we get to heaven there’ll be a “Mothers’ Honor Roll,” listing the names of all the faithful mothers who prayed day and night on behalf of their children and grandchildren? Maybe, but this much we do know: God honors mothers who honor God! He responded to the prayers of Hannah and gave her a son who would grow up to be a prophet and lead the nation of Israel. And Paul writes concerning Timothy: “I call to remembrance the genuine faith that is in you, which dwelt first in your grandmother Lois and your mother Eunice, and I am persuaded is in you also” (2Ti 1:5 NKJV). The Bible tells us God keeps records: “Then they that feared the Lord spake often one to another…the Lord hearkened…and a book of remembrance was written before him for them that feared the Lord, and…thought upon his name.” John writes: “I saw the dead, small and great, stand before God; and the books were opened: and another book was opened, which is the book of life: and the dead were judged out of those things which were written in the books, according to their works” (Rev 20:12). Susanna Wesley had nineteen children (nine died as infants), and she spent an hour every day praying for each one by name. Her prayers paid off. One of her sons, John, brought a spiritual awakening to England and founded the Methodist Church. Maybe there will be an honor roll for mothers in heaven, and maybe not. But one thing is sure—when mothers pray, God listens and lives are changed. So never stop praying for your kids, Mom. 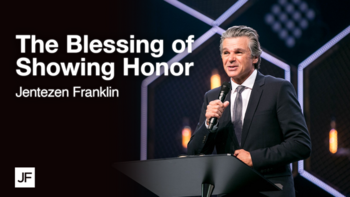 The Blessing of Showing Honor