Never compromise your character and convictions

In the early 1970s, the Iraqi government arrested a group of American students on trumped-up espionage charges. In order to elicit admissions of guilt, they tortured them. They were told that if they confessed they were spies, they would go free. In other words: “Compromise the truth—admit to a lie.” One by one, as the pressures and the pain mounted, they all confessed to crimes they had not committed—except for one student. The torture intensified and the loneliness of isolation became unbearable, and he came close to breaking. But he didn’t. Finally they announced that they were finished with his case, and that he could simply confess or die. A confession lay before him as they raised a pistol to his head, cocked the hammer and started the countdown. He had heard executions from his cell and knew what his captors were capable of. “Sign your name,” he was told, “and you will live,” but he refused. He closed his eyes, grimaced and prepared to die. They pulled the trigger. When he heard the click, he thought he was dead. The gun, however, had not been loaded. The student was eventually released, but he discovered afterward that every other prisoner who had confessed was hanged in the public square. He was the only survivor. That day he learned a valuable lesson about facing tough times: Compromise represents a far greater risk than courage. So the threefold word for you today is: (1) It is always right to do right. (2) It is never wrong to do right. (3) It is never right to do wrong.

Fight your fears with God’s Word 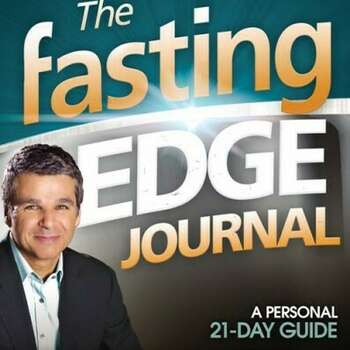