Getting what you want (1)

“Give us a possession among our father’s brothers.”

The five daughters of Zelophehad are a great example of how to get what you want. The Israelites were about to possess the Promised Land. Guidelines had been established for allocating the land among the various tribes. But the law said that only males could inherit land. These five women thought this was unfair since it denied them the ability to inherit their deceased father’s property. So they challenged this law by taking their case to Moses. “Our father died in the wilderness…and he had no sons…Give us a possession among our father’s brothers” (vv. 3-4 NKJV). Now, since it was God who gave the law, only He could change it. So Moses took their case before the Lord, and here’s what He said: “The daughters of Zelophehad speak what is right…you shall…cause the inheritance…to pass to them” (v. 7 NKJV). These brave women took matters into their own hands. They had no men in their lives to speak up on their behalf—no husbands, no brothers, and no sons. Yes, they had uncles, but it was unlikely that they would support them in their request since they were asking for land that would, under the current plan, default to the uncles. Here’s what we learn from this story: (1) When something is unfair and unjust, God may be calling you to challenge and change it. (2) All things don’t come to those who wait, but to those who are willing to go and get them. (3) Man may close the door, but when you turn to God He can open it for you. 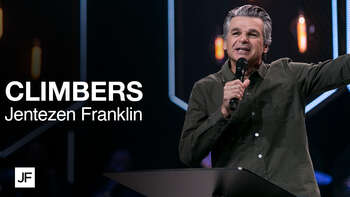 Broadcast about 8 hours ago