“Why are you so fearful?” Mk 4:40 NKJV Following Jesus invariably means going through storms. When you’re in over your head and sinking fast, you learn things about the Lord you’d never know otherwise. At first you wonder, “How did I get into this mess?” Then you start to see His hand at work and end up saying, “Who can this be, that even the wind and the sea obey Him!” (v. 41 NKJV). The disciples finally reached a place where they were willing to follow Jesus—without question. And that’s God’s plan for you. “Don’t be afraid” isn’t a call to naïvety or ignorance. God doesn’t expect us to be oblivious to the challenges life brings. But as long as Peter kept his eyes on Jesus the waves couldn’t take him under. So look to God, stand on His Word, and recall His goodness. The Bible says, “We must pay much closer attention to what we have heard, so that we do not drift away from it” (Heb 2:1 NAS). Do whatever it takes to keep your eyes on the Lord. C. S. Lewis wrote: “Moods will change, whatever view your reason takes. I know that by experience. Now that I’m a Christian I do have moods in which the whole thing looks very improbable; but when I was an atheist I had moods in which Christianity looked terribly probable…that’s why faith is such a necessary virtue: Unless you teach your moods ‘where to get off,’ you can never be either a sound Christian or a sound atheist, but just a creature dithering to and fro with his beliefs really dependent on the weather and the state of his digestion. Consequently, one must train the habit of faith.” So the word for you today is: Don’t be afraid. 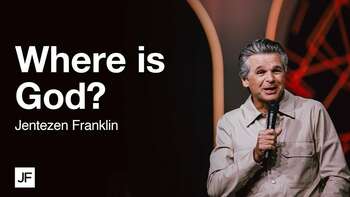 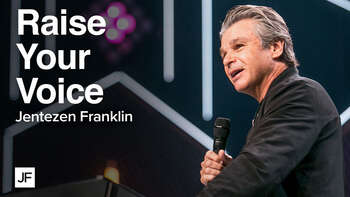 Teaching about 2 months ago