A gift, rather than an apology

Here’s something you need to know in order to move forward. The person who hurt you may never offer an apology in the manner you desire. After Jacob cheated his brother Esau out of his birthright, things got so bad between them that Jacob went to live with his Uncle Laban in Haran. Later in life, when both brothers had become wealthy and successful in their own right, Jacob decided to seek reconciliation with his brother. At first Esau refused to accept his brother’s gifts, but when Jacob persisted, “Esau finally accepted the gift” (v. 11 NLT). Notice, Jacob never said, “I’m sorry I stole your birthright; please forgive me.” Basically he said, “I’d like to try and make amends.” At this point Esau showed real maturity by valuing his relationship with his brother over his right to exact revenge, and the family was united. There’s a lesson here. God wants you to grow up and exercise spiritual maturity. You can’t control what others do; you can only control your response. Furthermore, if you insist that someone apologize to you—in a certain way—the relationship may never be healed. As a result, you’ll be left holding a grudge. And holding a grudge is like holding a hot coal; it will keep burning you until you let it go. For example, you may want your spouse to apologize for their behavior. But if instead they buy you a gift or do something extra nice for you, respond with grace instead of judging either their methods or their motives. In other words, “close the account” and move forward. 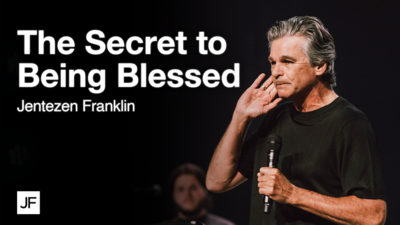