Excerpted from Jentezen Franklin's new book
And Then We Were One

As I study marriages, and as I look back at my own marriage, I know there is one topic that must be discussed and dealt with if we’re going to hold our marriages together. It is probably more important than any other topic when wanting to turn our marriages from “fizzle to sizzle”. The demise of families and marriages can all come down to that one word:  selfishness. If a marriage fails, 999 times out of 1000, selfishness got in there somewhere.

I love to read Genesis 1 as God unfolds His magnificent plan of creation. Listen to these words. “God created Adam, male and female.” At first glance, this is a strange verse, “So God created man in His own image, in the image of God He created him; male and female He created them” (Genesis 1:27).

That’s in the Bible. So when God first made Adam, he wasn’t just a man, but God put woman in him as well. This is profound. The first time I really studied this passage, I didn’t realize specifically what it was saying--that He created Adam, male and female. God made him in His own likeness, because God is all sufficient.

This is the picture of marriage. Marriage is taking two and putting them together to make one. “Now the two shall become one” is conjoining the two even though they have two minds, two hearts, two bodies, two ways of seeing things, two ways of communicating, and two ways of understanding. God says, in effect, that marriage is bringing you back to how I originally created you from the beginning. The two shall become one again.

Marriage and sexuality is about being with one person. We must get that message back in the church because our culture has lied to an entire generation and said that they can just do whatever they want to do and it doesn’t affect them. And yet, God made us for one person. One person is called to walk with you through life, forever, into eternity…one person.

This is Not Your Final Chapter

And Then We Were One

Teaching over 4 years ago

And Then We Were One

Fizzle to Sizzle: Talk About It! 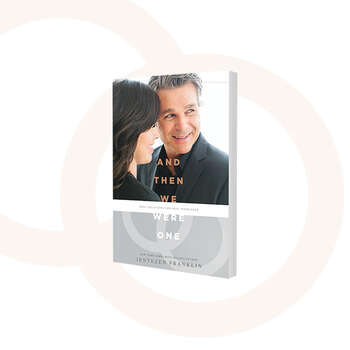 And Then We Were One - Book