“These things happened to them as examples for us.”

It’s a mistake to think the great achievers in the Bible were somehow different from us and say, “In my situation a life like that isn’t possible.” Esther was born into slavery, and because of her beauty a pagan king made her one of his wives. Talk about feeling out of place! But no place is out of place, when you’re in the place God wants you to be! When Haman plotted to have the Jews exterminated, Esther was strategically positioned by God to save them. She discovered her life’s purpose when her uncle Mordecai told her she had “come to the kingdom for such a time as this” (Est 4:14 NKJV). And what was her response? “I will go to the king [on behalf of my people]…and if I perish, I perish!” (v. 16 NKJV). But instead of perishing, she prevailed! So what can we learn from Esther? (1) When you first start out, God won’t give you all the details. That doesn’t mean He doesn’t have a plan. It’s in seeking Him that you discover His plan and draw on His strength. (2) Knowledge is power. Whether you’re a slave or a sovereign, when you know God has called you it enables you to overcome each obstacle as it arises. (3) Knowing God’s in control gives you boldness. When Esther said, “If I perish, I perish,” she was simply putting herself into God’s hands, knowing that even death can be faced with confidence when you trust Him. Not only does God have a place for you here on earth, He has an even better one for you in heaven. And that puts you in the ultimate win-win situation. 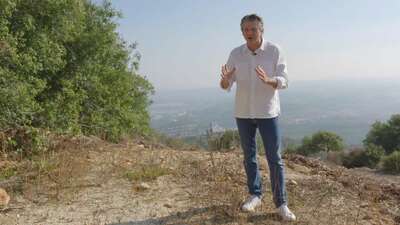