When God opens your eyes, you will see what has been there all along. You will see what the natural eye cannot see. Emotions like fear, discouragement, anger, depression, and even sin can cloud our vision. That’s why it’s imperative in those moments when you feel trapped or hopeless—when you see no way out—to trust in the Lord. He’s prepared the way; ask Him to show you.

There are three specific things God can open your eyes to: provision, direction, and protection.

Consider Genesis 21:15-20. Hagar and Ishmael had been sent away to what Hagar imagined to be their certain death. Abandoned and alone in the sweltering desert, she had no way to save her son. Overcome with grief, she tucked her boy away under the shade of a shrub and walked away, because she couldn’t bear to watch him die. Then all of a sudden God calls out to her, “What ails you, Hagar? Fear not, for God has heard the voice of the lad where he is. Arise, lift up the lad and hold him with your hand, for I will make him a great nation” (v 18).

And in the very next verse, “Then God opened her eyes, and she saw a well of water. And she went and filled the skin with water, and gave the lad a drink.”

God’s provision was there all along, but Hagar could not see it until God opened her eyes!

Sometimes we’re fighting against the very thing God is trying to use to wake us up from potential disaster. We hit roadblock after roadblock. One door shuts after the other. Just maybe, it’s our chance to turn around.

In Numbers 22 we find Balaam in an uproar with his donkey. And he wasn’t just beating it; he was having a verbal argument with the animal! The donkey had seen what was on the path ahead and knew death awaited Balaam if he continued in the direction he was going. As hard as the donkey tried to turn Balaam in the other direction, Balaam refused. As if a talking donkey wasn’t enough, finally God opened his eyes!

Then the Lord opened Balaam’s eyes, and he saw the Angel of the Lord standing in the way with His drawn sword in His hand; and he bowed his head and fell flat on his face. And the Angel of the Lord said to him, “Why have you struck your donkey these three times? Behold, I have come out to stand against you, because your way is perverse before Me. The donkey saw Me and turned aside from Me these three times. If she had not turned aside from Me, surely I would also have killed you by now, and let her live” (v 31-33).

God was intervening in Balaam’s direction. Had he kept going, he would have been killed! Balaam knew he shouldn’t be on that road to begin with. Go back and read the chapter. But God was giving him a chance to turn around. The Lord has a plan and purpose for each of us, and a way that is better than what we can conceive in our own imagination. But we must ask Him to open our eyes and look for his direction!

It may seem like the whole world is against you … or against your child, your spouse, or your family. But God has an army that far out numbers the enemy. If the Lord is calling you into a new position or raising you up to take a stand, you will face opposition. God’s army is greater.

Sometimes we’re battling on someone else’s behalf. When you’ve prayed and prayed and stood in the gap for your children and it looks like the enemy is closing in on them remember, God’s army is greater.

And when the servant of the man of God arose early and went out, there was an army, surrounding the city with horses and chariots. And his servant said to him, “Alas, my master! What shall we do?”

So he answered, “Do not fear, for those who are with us are more than those who are with them.” And Elisha prayed, and said, “Lord, I pray, open his eyes that he may see.” Then the Lord opened the eyes of the young man, and he saw. And behold, the mountain was full of horses and chariots of fire all around Elisha.

God provided protection! In the face of defeat, God opened the man’s eyes and suddenly he could see the battle was not lost!

Ask God to open your eyes to the work He’s doing around you. When God opens your eyes, your vision becomes clear and you will see the provision, direction and protection available to you! 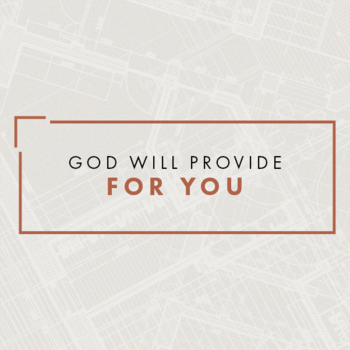 God Will Provide for You - SET 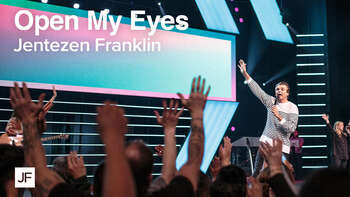 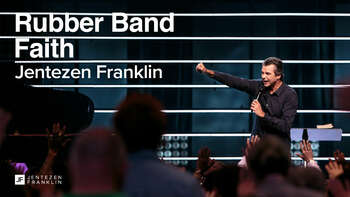 God Will Provide for You