Imagine for a moment, you are Moses. You feel the heat radiating off the engulfed bush and your feet sting from the hot, hard, desert ground. You're gripping your staff with dear life, when out of nowhere a voice booms through the branch.

“Throw down my staff?” You are baffled. That staff has etched within its surface generations that have gone before. It's an heirloom piece. You look at the wolf claw marks on it; years of protecting flocks of sheep have given it beautiful character. It has acted as your weapon; your protection. “Throw down the staff?” Without it, how will you shepherd your sheep? It is literally what you lean on to get your job done day in and day out. “Throw it down, God?” My family? My safety? My finances? “Throw it down, God?”

Have you ever been in that position? Where you felt God was asking you to do the impossible; to let go of something so precious, so dear, that you can't imagine life without it? We tend to white-knuckle grip those things we feel we can't live without. The people, privilege, and material possessions we feel we have a right to — that we've worked hard to earn and protect. But the truth is, God is the source. And if we will only trust Him with our most valuable resources, then we will truly see the Power of the Precious!

Moses was strong. He obeyed. He surrendered. 40 years in the wilderness were long enough. Down it went. The staff hit the ground, but then ... it bounced back, not as a wooden stick, but as a lively snake!

“The most dangerous part of a snake?” Moses must have been terrified. Yet, without doubt, Moses grabbed hold of the tail. Faith surging through his bones. The most precious thing to him, discarded, because God was dearer.

Sacrifice and surrender is difficult. It is death to our pride and our security. It requires trust. But God would never ask of us something He, Himself didn’t first provide. Like the ram that redeemed the laid-down Isaac from Abraham’s knife, God allowed His own Son to be caught by the head in the thicket, a crown of thorns donning His brow. Jesus was like a staff, a bruised reed (Isaiah 42:3).  God released Him, His most precious, that we may experience the ultimate freedom, freedom from sin.

What is it that you are white-knuckling? Gripping with all your might, so dreadfully fearful of losing? Will you trust Him with it today? Only when you release your grasp will you see the precious gifts of God poured out: supernatural miracles, doubtless purpose and unmovable faith. And friend, there is nothing more precious in the world than these.

The Power of the Precious, Special 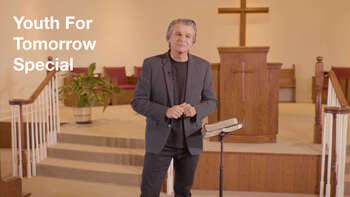