The Eshkol Regional Council lies in Israel's southern border with the Gaza strip. The communities, or kibbutz, in the Eshkol Region suffer some of the most prolific terrorist attacks in Israel. Their proximity to the Gaza strip makes them especially vulnerable to incendiary kites and tunnels in addition to the daily rocket attacks. Children, and the elderly Holocaust survivors alike, have just 15 seconds to make it to safety once they hear the warning sirens of incoming rockets.

We're building fortified bomb shelters in this region to help bring comfort in the most practical way we can. Bomb shelters are the most urgent need in the Eshkol Region of Israel. You, too, can help bring comfort to Israel. Bring safety one step closer for these children living under the constant threat of attack. Bring peace of mind to the Holocaust survivors who call Eshkol home. 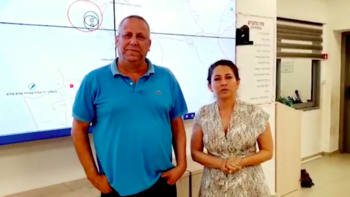