On December 17, 2020, Pastor Jentezen Franklin spoke, along with First Lady of Israel Sara Netanyahu, to Holocaust Survivors in Israel via Zoom celebrating the Jewish holiday of Hanukkah (the "Festival of Lights").

Pastor Jentezen spoke to the survivors and viewers across Israel about the story of Hanukkah and how Christians around the world are wishing them a joyous holiday and that they celebrating with them. This year, we are also celebrating President Donald J. Trump's and Israeli Prime Minister Benjamin Netanyahu's leadership which brought peace with so many countries in the region.

Though the Jewish army, called the Maccabees - led by its leader Judah Maccabee, were small in number, their dedication, faith, and resilience to protect their freedoms and liberate Jerusalem, including the Holy Temple, from foreign rule, gave them the strength to emerge victoriously.

Once the Jewish people reclaimed their eternal capital, Jerusalem, the Holy Temple was found to be desecrated by pagan rituals and the realities of war. In an effort to rededicate the Holy Temple, the Maccabees discovered that there was only enough oil to light the Temple's menorah (oil lamp) for only one day, yet it miraculously burned for eight days.

Every Hanukkah, Jewish people around the world are lighting the Hanukkiah (Hanukkah oil lamp) and celebrating with jubilant gatherings and festival events for 8 nights, each night that the miracle lasted.

Watch the video above to hear Pastor Jentezen's full speech on the miracle of Hanukkah and to hear more about the precious Holocaust Survivors that our ministry, together with YEL, is helping to comfort on a daily basis, especially during this tough corona crisis. Happy Hanukkah! 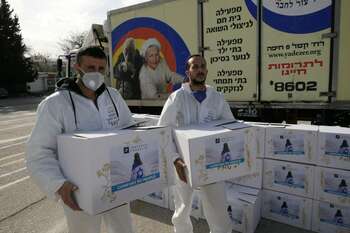 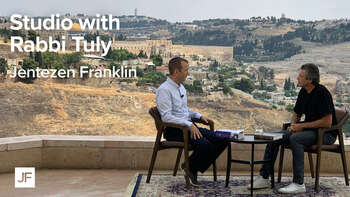