The Greatest Test for U.S. Believers in Modern History

Let me ask you two very profound questions: What if your presidential candidate actually wins? Consider that for a moment and then ponder this: What if your presidential candidate actually loses? If you think these are simple questions with simple answers then you haven’t been paying attention for the last several months. Your RESPONSE as a believer in the aftermath of this election may have a far greater impact on the Kingdom and this nation than any political decision or legislation that passes with the signature of the winning candidate.

Many experts are calling the election of 2020 the most pivotal election since Abraham Lincoln ran against General George McClennan in 1864---a time when the Civil War was raging and our nation was every bit as divided. Just as was the case over 155 years ago, when all the votes were counted, there was a winner and there was a loser. But to ignore the aftermath of that election would be a grave error. While Lincoln won easily, the nation remained divided and more than 700,000 men and civilians were killed in a battle that pitted neighbor against neighbor, brother against brother, and citizen against citizen. Sound familiar?

While the actual winner of the 2020 presidential race has yet to be determined, there are two things we DO know right now: There will be a winner and there will be a loser. Today, more than any time in modern history, and because of  technology and media coverage we are afforded, the stakes have never been higher. If there is anything we have learned from history, it’s that it’s not the election results that have taken lives, destroyed property, and viciously hurt innocent bystanders, it’s the response of the winners and the losers of those elections that created irreparable harm and unyielding division.

You Have a Choice to Make

Like so many personal decisions, and certainly for this election, wisdom says that it’s better to decide what your response will be before the actual moment occurs when the victor is declared, with a cooler head and with prayer, than to wait until you are in the heat of the moment and emotions are raging. After all, these aren’t small issues at stake and many issues on the ballot hold very little room, if any, for middle ground.

What will you do if your candidate wins? How will it affect you if your candidate loses? How will either of these outcomes affect your relationship to friends and family who are on the other side? Consider these weighty questions before the emotion of the moment comes rushing in like a flood and you say or do something you regret---or worse yet, withdraw in such a way that changes your spiritual trajectory or significantly decreases your influence on a lost and dying world.

What If Your Candidate Wins?

What will that victory mean to you? Will it feel like validation? Will it cause you to believe that God was on your side? How will it cause you to see those who voted differently? Will they sense humility and respect for their passion and resolve ---or will they see you “spike the football” as you gloat and ignore their pain? Will they sense compassion or an air of superiority? Will they someday be open to hear what you have to say about Jesus or will they do everything they can to avoid you and your self-righteous countenance?

One thing I do know for certain if your candidate wins is this--- your ability to reach those whose candidate just lost will be much harder because their loss is greater.  Consider that when the football is yours to spike and you are about to do your end zone dance. What will your Facebook post say? What will you do on Instagram and Twitter? I can promise you this---those who just suffered a great loss will be watching, and your influence with anyone that thinks differently than you will be hanging in the balance.

Before that moment arrives, do like David did at Ziklag: step back and inquire of the Lord. Ask God how He would want you to respond. Will this be about you and your need to be “right” or will it cause you to pray for those who may consider you their enemy now? Can you empathize with people who may feel like they have lost everything that mattered to them, even when you feel as though you have won everything you hold dear? Your response matters more than you might have imagined and it’s not your candidate that’s on trial in the moments following the election results---it’s your witness and your influence.

What If Your Candidate Loses?

What if your candidate loses? Will you be able to handle that moment, knowing God is ultimately in control, or will the loss be such a blow that it will cause you to be bitter and withdraw? Will you feel like all is lost and your God failed you or will you declare, “Not my will but thine oh Lord?”  Will you feel abandoned? Will you be angry?

Here’s a tough one--- will you see the winner as a person God has set in place and honor the position or will you declare, “Not my president!?”  Our response in seasons where God does not seem to come through are critical moments in the development of our faith because we are challenged to have faith when we cannot see the why or the reason.

For so many, and even in the church, this election feels like such a “do or die” moment. It feels, just like it did in 2016, that the very trajectory of our nation hangs in the balance. But as believers we must never lose sight of the fact that it is God who determines our trajectory---not an election. His purposes are never “hanging in the balance” and He is never out of control or at a loss. God’s will is sovereign and His plans don’t always match ours--and neither do the people He chooses to place in seats of authority.

There is a great story found in Joshua chapter 5. After forty years wandering in the wilderness, Joshua led the people of God across the Jordan River and they camped just miles from their greatest victory and the fulfillment of God’s promise. As they camped there, what appeared to be a man with a sword drawn suddenly stood before Joshua. Joshua went up to him and asked, “Are you for us or for our enemies?” The response of the angel is one that I believe is prophetic for our situation today and Joshua’s response should be our response in the aftermath of this election.

The Lord hears our prayers and He sends His angels in response to every situation just as He has for this election---but not to be on one side or the other---they are on His side for His purposes.

Second: Joshua’s response was our example. Joshua fell face down to the ground in reverence and asked him, “What message does my Lord have for his servant?”

What a powerful image of the response we should have in the aftermath of this election whether our candidate wins or loses---to fall face down to the ground and ask, “What message does my Lord have for his servant?” This is the response that brings healing. This is the posture that the Lord can use to bridge the division and bring peace where violence was about to spring up. THIS is the response that attracts the attention of our God and dispatches angels on our behalf.

What will those who voted differently than you read when they see your social media posts or see you at the market or even at church next week? Will they see you in all your glory and splendor if you won---or agony, anger, and despair if you’ve lost? Will they find an open hand or a fist pumped in the air declaring victory? I’d like to offer a better way. Let them see Jesus---and a peace that passes all understanding. Let them sense genuine compassion and appreciation. Let them see you worship in brokenness and humility if you’ve won and in victory and joy if you’ve lost. Don’t wait until that moment when the election results have been determined to simply react in your flesh. Too much is riding on your response. Get alone with the Lord today and determine who you will be and what public message you will carry regardless of the outcome.

The Greatest Test for U.S. Believers in Modern History

Democratic leadership should put their politics in quarantine 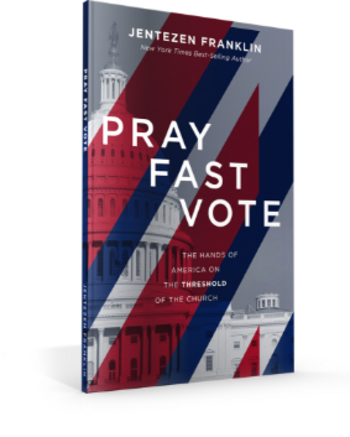 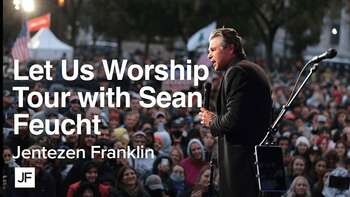 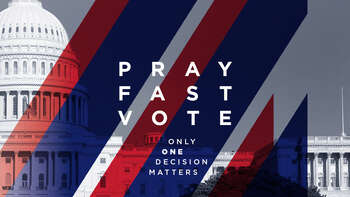