Jentezen Franklin Calls Upon Republicans and Democrats to Fund the Wall and Give Us DACA GAINESVILLE, Ga.

Jentezen Franklin, senior pastor of Free Chapel, releases the following calling for both and improvement in border security and compassion for ‘Dreamers’: “The president has called for improving the barrier along the U.S. and Mexico border and I believe this is a reasonable and responsible request. The primary duty of our government and its leaders is to protect this country from all threats, both foreign and domestic. We already have a wall along numerous sections of the border, and border patrol agents have confirmed its effectiveness is preventing illegal immigration. In years past, members of both sides of the aisle have voted for expanding this wall and making improvements where needed. This is certainly not controversial.

Regardless of where you stand on what our legal immigration policies should be, no responsible citizen or parent believes it is acceptable to have an insecure border. The status quo has led to a number of humanitarian crises in our country.

Hyper-partisanship has blinded some of our leaders from seeing a need to address worsening conditions. I’ve been to the border and seen with my own eyes the human toll that this crisis is taking. The crimes committed against women and children have been heartbreaking to witness. We are not passively standing by and merely observing this issue. Our ministry has fundraised over $600,000 for a home for unaccompanied minors, and we have called on over 100,000 people to fast and pray for unity in our nation’s capital to help resolve the crisis at the border.

I love immigrants and their vision of finding a safe and secure place to work and raise a family. We should all empathize with their desire for a new and better life. I want to reemphasize my support for ‘Dreamers’ and for providing them a pathway to citizenship. And our families that are already here need a government that is genuinely concerned for their safety and well-being. We must restore order. We can have common-sense border security and be compassionate at the same time. Anyone that tells you it’s one way or the other is presenting a false choice. Republicans and Democrats needs to put politics aside and work together to fund the wall, and DACA should be included in whatever compromise is agreed upon. I’ve always been a champion of both and I remain firm in my commitment to both.”

Pastor Jentezen Franklin is the Senior Pastor of Free Chapel , a multi campus church. Each week his television program Kingdom Connection is broadcast on major networks all over the world. A New York Times best-selling author, Jentezen has written nine books including his most recent, Love Like You’ve Never Been Hur t , t he groundbreaking Fasting and Right People-Right Place-Right Plan . Jentezen and his wife Cherise have been married 31 years, have five children and four grandchildren, and make their home in Gainesville, Georgia. Facebook | www.facebook.com/JentezenFranklin Twitter | @jentezen 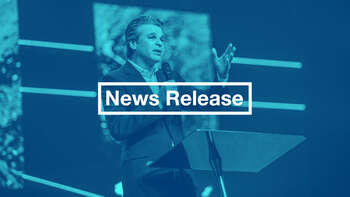