Abby Johnson, of whom the box office film "Unplanned" is based, rallied thousands of Christians in Georgia around the idea of "conversion" for the pro-life cause.

Pastor Jentezen Franklin hosted "Life Is Beautiful" Saturday at his Free Chapel church in Gainesville, where there was an overflow crowd, in response to New York and other states pushing for late-term abortion laws.

"If America is going to be destroyed, it will be destroyed by the silence of the pulpits," Franklin told the packed house. "And the silence of the righteous minority, called Christians, who are failing to lift their voice and say with great passion, 'We are going to protect the life of the unborn...We are going to extend grace and compassion to anyone who has experienced abortion in any way...We're not angry at you. We're not mad at you. Jesus loves you and we love you and we're here to walk through life...we need God's grace."

The pastor received a standing ovation before introducing Johnson, who shared about her testimony as a former Planned Parenthood clinic worker.

“Most people who work inside these abortion clinics are not there because they love abortion, they’re there because of misguided compassion,” Johnson, who is pregnant with her eighth child, said. "I was very ignorant surrounding the topic of abortion. It was my ignorance, it was my naivety that led me inside the doors of the abortion industry."

The founder of And Then There Were None said her ministry has helped 500 workers leave the abortion industry.

“There is no such thing as an unwanted child because every child is created in the image and likeness of God, and very much wanted by our Father,” Johnson concluded. “Let us do everything that we can, not just to make abortion illegal, but to make abortion unthinkable in our society.”

ABBY JOHNSON: 'UNPLANNED' IS MY STORY AND YOU CAN'T UNSEE IT

Gianna Jessen, who survived a saline-infused abortion and has cerebral palsy today, told the audience her miraculous story and urged them to stand against abortion, especially the Christians in America.

"Why are we not preaching this from the pulpits across America?" Jessen said. "Where are the people of God?...If you will stand for the innocents, you will pay a price and you will be blessed of God."

Free Chapel provides free counseling services at the church for women in their community and works closely with many organizations in the area like Choices Pregnancy Care Center.

Connection Questions about 3 years ago 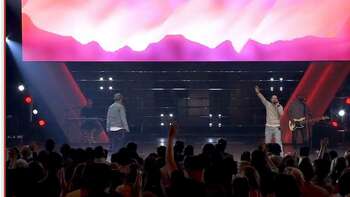 News over 3 years ago