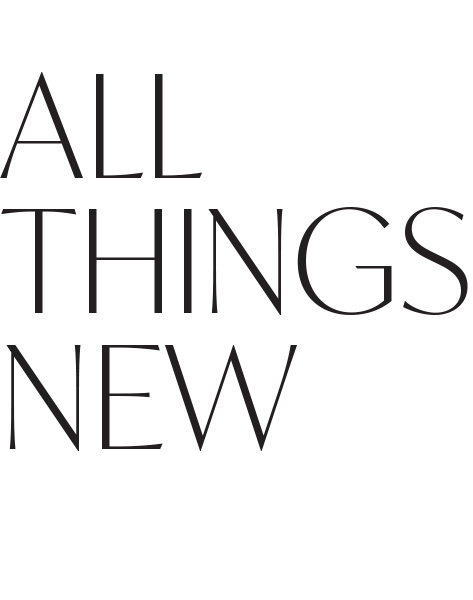 We're all ready for a change. Ready for something new after a confusing and unprecedented year. Ready for peace after what felt like a year of chaos. We're ready for God to make All Things New. This year as we fast together, we're joining with others across the globe in community to refresh our hearts and minds. Join with us on this year's fast by filling out the form below, and see where others are fasting from across the world.

Let us know you’re joining us in this time of fasting and prayer. We’ll keep you updated. 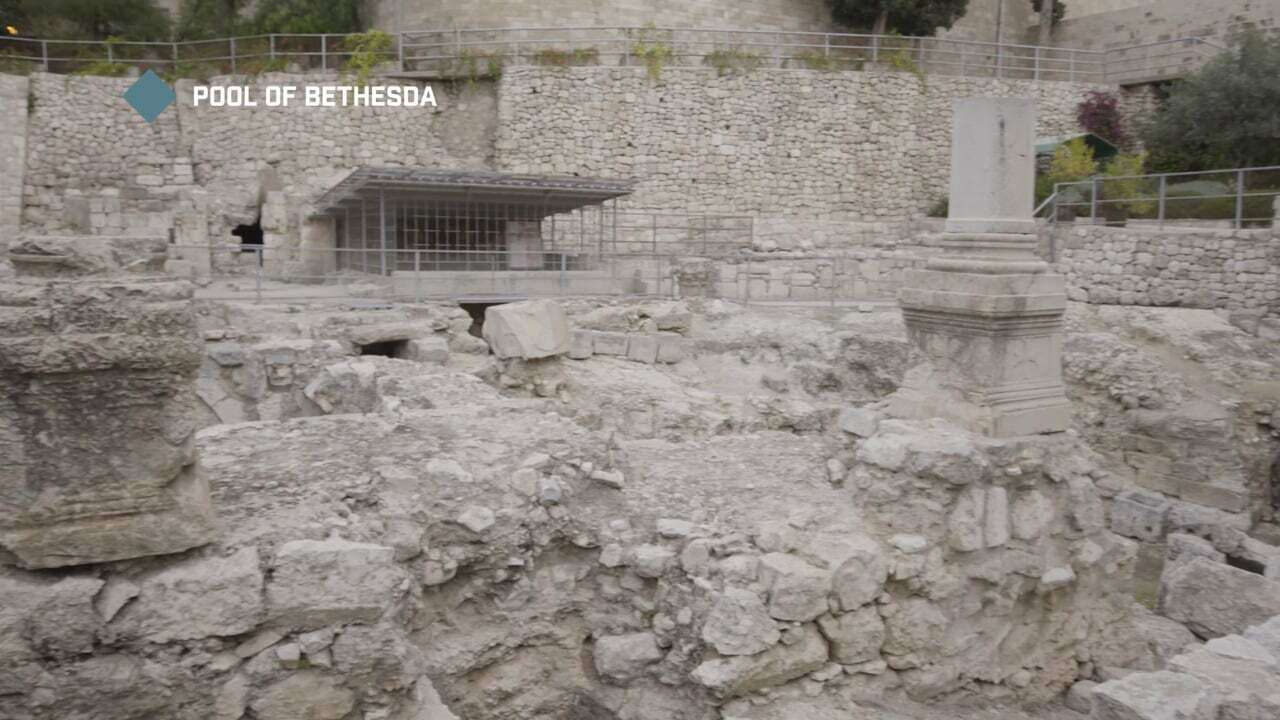 Be inspired each day of your fast with a personal message from Jentezen Franklin. Pastor Franklin brings these timely words of encouragement directly from the cherished Holy Land of Israel. Your journey of fasting is a choice — but it's also obedience to God's Word. Watch daily to find the strength and courage you need to see your fast through to the end!

“I know that fasting is directly attributable to the deep emotional healing as well as the many financial miracles and blessings we have experienced.”

“I came across your 21-day Fast program and was blown away as the words you spoke, along with the story of Rahab and her son resonated with me. So, I fasted and prayed, and in those 21 days, scripture after scripture full of promises of restoration were revealed.”

After about a week, I noticed what I can only describe as a new sense of sharp-sightedness: so many of the distractions that typically consumed my attention were silenced as I heard God speak more and more each day.”

My wife and I begin fasting with Free Chapel in 2012. We experienced devastating financial challenges in 2009 - 2011 and along with that fractures in our marriage and many other areas of our lives that needed healing. In 2013 after the fast my wife felt called to start a ministry called Yoga Faith which now reaches people all over the world for the glory of God. We have made fasting a part of our yearly spiritual discipline. Since our first fast we have experienced many financial miracles and deep healings from generational strongholds and childhood wounds. On a personal level I know that fasting is directly attributable to the deep emotional healing as well as the many financial miracles and blessings we have experienced. Thank you Jentezen and Free Chapel Church for this opportunity to join your church family each year!

At the beginning of the year, I desperately prayed for my then 17year old son who suffers with depression and was on a slippery slope to self-destruction by self-medicating with alcohol and experimenting with recreational drugs. I came across your 21-day Fast program and was blown away as the words you spoke, along with the story of Rahab and her son resonated with me. So, I fasted and prayed, and in those 21 days, scripture after scripture full of promises of restoration were revealed. I held onto those verses in my times of despair, especially when my son attempted to take his life. I cried out many a time to God, asking why he hadn’t rescued my son as he promised. It was around June when he was to connect with a social worker for support that things changed! He refused to meet with her, but he was then assigned another social worker as the first one fell ill. When I spoke with this new contract, she informed me that she would attempt to contact him one last time before she would close his file. I broke down in tears and apologized that I was not able to convince him to return the calls and all I could do was to trust God. At this, she told me that she was a believer and that there was hope for his salvation. She somehow managed to connect with our son who liked her enough to meet with her every week. She was able to secure a place for him at a Christian rehabilitation center where he can live and be supported by other Christian counsellors and church family. It was an absolute miracle! They are funded by their charitable work. Our son was very willing and excited to go! He deferred music college for a year and has been there for 3 months now and intends to live there for a year minimum before returning home healed and restored. He serves the community, attends worship meetings and church sermons on Sundays. We are seeing God’s grace and mercy in our son’s healing. It’s a miracle! His name is Solomon and I know God has great plans for him!

Although I have heard powerful testimonies both in scripture and in the stories of fellow believers, I never could have imagined the breakthrough that God had in store for me through my fasting journey in 2020. I had only gone on a handful of dates with Michael when he sent me Jentezen's sermon on fasting, inviting me to join him in this season of intentional hungering for more of Jesus. I remember the message beckoning me to my core, prompting me to at least experiment with what might happen if I set my eyes so firmly on the Lord. For the next month, Michael and I continued dating, all while committing to the Daniel Fast and to pursuing God before all else. After about a week, I noticed what I can only describe as a new sense of sharp-sightedness: so many of the distractions that typically consumed my attention were silenced as I heard God speak more and more each day. The peace that was upon me grew my spirit, and to witness that same steady faith rest upon Michael grew my affection for him as I got to know him more and more. As the fast came to an end, Michael and I would often look at each other, pause, and stumble for our words as if there was something each of us wanted to say, but we could not find the words. Michael finally found the courage one evening to share what was on his heart. "I love you, and you are the woman I am supposed to marry." He could hardly get the words out before I responded with affirmation of my love, telling him that God had put the same message on my heart. Both Michael and I had spent long nights in the wilderness prior to our meeting, and to come to know one another with such clear revelation about God's position in our relationship was Hebrews 11:1 come to life. We're now happily married, and we pray that God will use our love story as a beckon of light, prompting others to let go, let God, and await with faith for the overwhelming goodness He has in store for all of his beloved children.

I am creating something new. There it is! Do you see it? I have put roads in deserts, streams in thirsty lands. 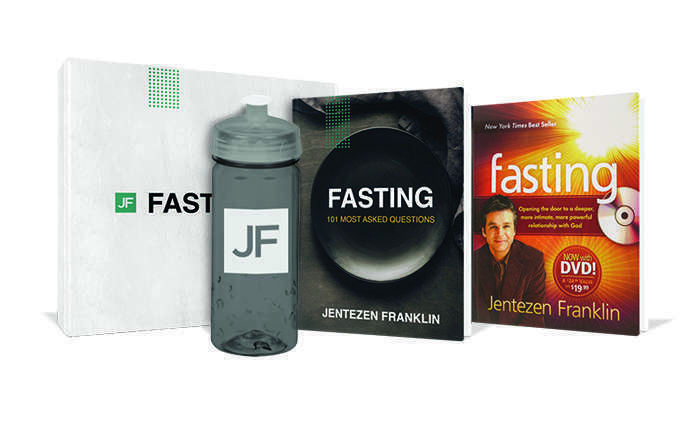 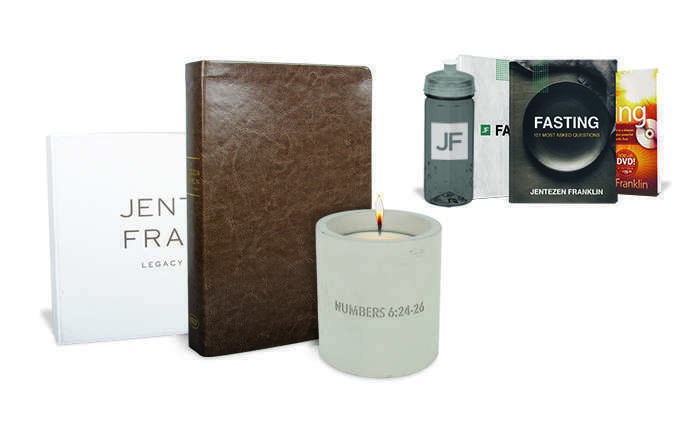 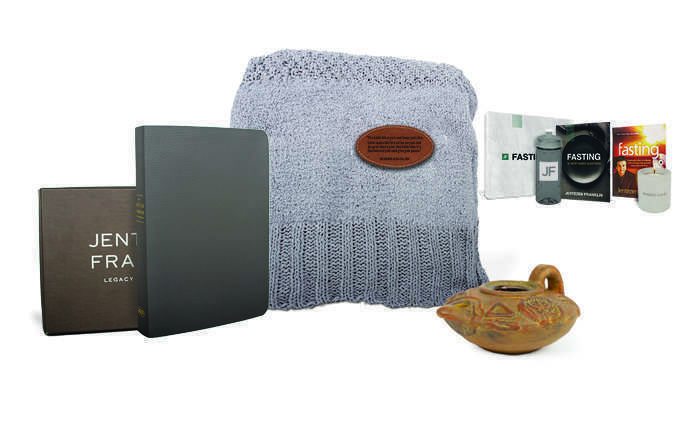 Let us know how we can agree with you in prayer during this time of fasting and prayer.