“Satan has asked to sift you as wheat. But I have prayed for you.” Lk 22:31-32 NIV Jesus prayed when He was concerned about the people He loved. He told Peter: “Satan has asked to sift you as wheat. But I have prayed for you…that your faith may not fail. And when you have turned back, strengthen your brothers.” And Peter did turn back. The disciple who denied his Lord in a moment of weakness eventually stood before a crowd of thousands and preached the gospel to them, and three thousand were won to Christ. Jesus not only taught His disciples, He warned them of danger. But ultimately He realized that the greatest thing He could do was pray for them. Unfortunately, that’s a truth we tend to arrive at later rather than sooner. We promise, we rescue, we threaten, and only when all our other efforts have failed do we pray. Prayer shouldn’t be your last resort, it should be your first response. Prayer takes the situation out of your hands and puts it into God’s. Do you remember the four men who carried their sick friend and laid him at the feet of Jesus? (See Mk 2:3-5). That’s what you do when you pray for someone. It’s not easy to pick up the weight of another person and carry them to God each day in prayer. But it’s the most effective thing you can do for them. The old-timers used to say, “Prayer moves the hand that moves the world.” And they were right! When a loved one disappoints or wounds you, instead of lashing out, lift them up in prayer. Invite God into the situation, then stand back and allow Him to work. 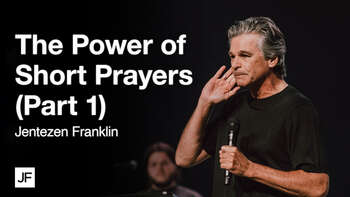 The Power of Short Prayers

The Power of Short Prayers 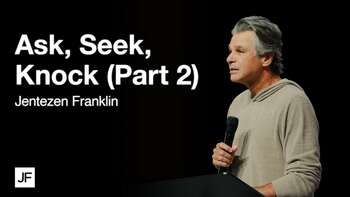