Contrary to what we’ve been led to believe, science and Scripture aren’t necessarily opposed. The ranks of Bible-believing scientists have grown rapidly since the discovery of quantum physics, which demonstrates the amazing symmetry and order that make up the universe. Did you know that one of the most brilliant scientific books of our time was written by no less than sixty notable scientists, including twenty-four Nobel Prize winners? The book’s title is Cosmos, Bios, Theos, which means Universe, Life, and God. And one of the contributing authors, Yale physicist Professor Henry Margenau, concludes, “There’s only one convincing answer” for the intricate laws that exist in nature. And what does this brilliant man think it is? Evolution? Coincidence? Happenstance? No! Margenau believes that “creation is by an omnipotent omniscient God.” So to believe in God is to believe in science…and the infallible Word of God. The Bible says: “The Lord is the everlasting God, the Creator of the ends of the earth…He gives strength to the weary and increases the power of the weak…those who hope in the Lord will renew their strength. They will soar on wings like eagles; they will run and not grow weary, they will walk and not be faint” (vv. 28-31 NIV). That means through prayer you can tap into the greatest power and most loving care in the universe. Amazing! How you face each day depends on Who you’re looking to. So look to God. Put your trust in Him. “Commit to the Lord whatever you do, and your plans will succeed” (Pr 16:3 NIV). 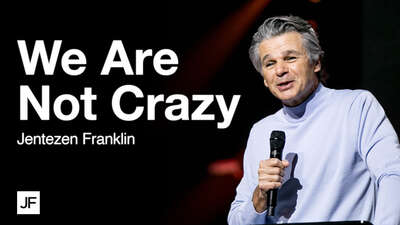