A small change can make a big difference

“Does anyone dare despise this day of small beginnings?” Zec 4:10 TM

Imagine the temple lying in ruins, and having to be rebuilt from the ground up. That’s what things were like when Zechariah shared his vision with the people of Israel. Some thought it couldn’t be done, and others thought that their particular contribution would make no difference. So Zechariah challenged them in these words: “Does anyone dare despise this day of small beginnings? They’ll change their tune when they see Zerubbabel setting the last stone in place!” In 1963, MIT meteorologist Edward Lorenz presented the hypothesis that became known as the butterfly effect. He theorized that a minor event, like the flapping of a butterfly’s wings in Brazil, could conceivably alter wind currents sufficiently to cause a tornado in Texas. Lorenz came to the simple yet profound conclusion: “Minuscule changes in input can make macroscopic differences in output.” That simple discovery has the power to change your life. It can radically alter your spiritual, emotional, relational, or financial forecast. It can change the atmosphere of your organization or your marriage. One decision. One change. One risk. One idea. That’s all it takes. You don’t have to make one hundred changes. All that does is divide your energy by one hundred, and results in a 1 percent chance of success. You have to be 100 percent committed to one change. It will take an all-out effort. It will probably be the hardest thing you’ve ever done. But that one change has the potential to make a 100 percent difference in your life.

Broadcast about 10 hours ago 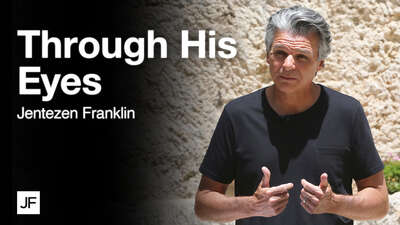