A promise to praying parents

Are you living under a cloud of guilt, feeling like a failure because your child has gone astray? Don’t do it! The Bible teaches that sometimes children simply won’t listen to the counsel of their parents. Solomon was probably giving a word of personal testimony when he wrote, “A wise son heeds his father’s instruction, but a scoffer does not listen to rebuke” (Pr 13:1 NKJV). Jesus didn’t hold the father accountable for the fact that his prodigal son went astray (See Lk 15:11). And if you did your best, God doesn’t hold you accountable either. The truth is that bad parents sometimes turn out good children, and good parents sometimes have children who go bad. God’s first two children were placed in a perfect paradise, yet they rebelled. Ultimately, we’re all given the power to choose. There comes a time when every child is no longer a child, and has to take responsibility for his or her actions. So if you’ve done your best as a parent, don’t let the Devil put a guilt trip on you. And if you’ve failed as a parent, it’s not the unpardonable sin. Not only will God forgive you, but you can also claim this wonderful promise: “Refrain your voice from weeping, and your eyes from tears; for your work shall be rewarded, says the Lord, and they shall come back from the land of the enemy. There is hope in your future…that your children shall come back to their own border” (Jer 31:16-17 NKJV). Don’t give up on your children, because God hasn’t. Keep praying and believing—and allow Him to work on them.

Build your life on God’s Word Family ... Worth the Fight 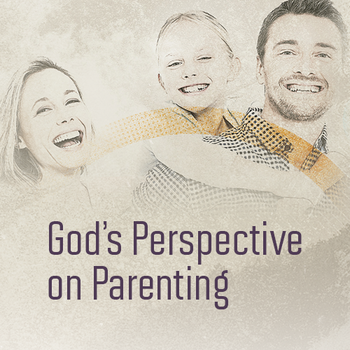